When Redwood Creek swells after winter rains, the creek breaks through the sand barrier at the beach, allowing steelhead and salmon to move up the creek and spawn. 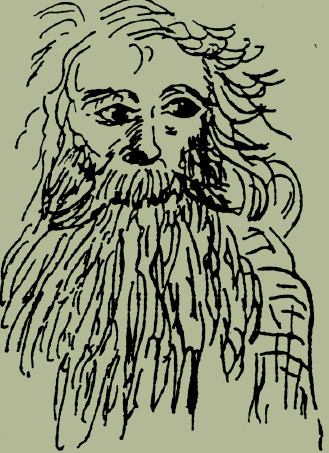 John Muir self portrait courtesy of the National Park Service.

Take a course in good water and air; and in the eternal youth of Nature you may renew your own. Go quietly, alone; no harm will befall you.

When William Kent donated the first 300 acres to the federal government to be preserved as a national monument, he requested that it be named in honor of environmentalist John Muir.  John Muir spent his life traveling and studying nature and humanity’s relation to it.  He wrote prolifically about the fragility and importance of America’s untouched natural areas, including Yosemite before it became a national park. Muir is generally thought of as America’s first conservationist – a major figure in winning public acceptance of conservation as an environmental ethic – inspiring generations of wilderness advocates.  Roosevelt declared Muir Woods a national monument in 1908.  William Kent saved the woods because they were reportedly the only redwood forest left uncut in the Bay Area. Wobbly Rock is the big rock across from Muir Beach (which is over the hill from Muir Woods) that got its name in the 1950s from the Beats.